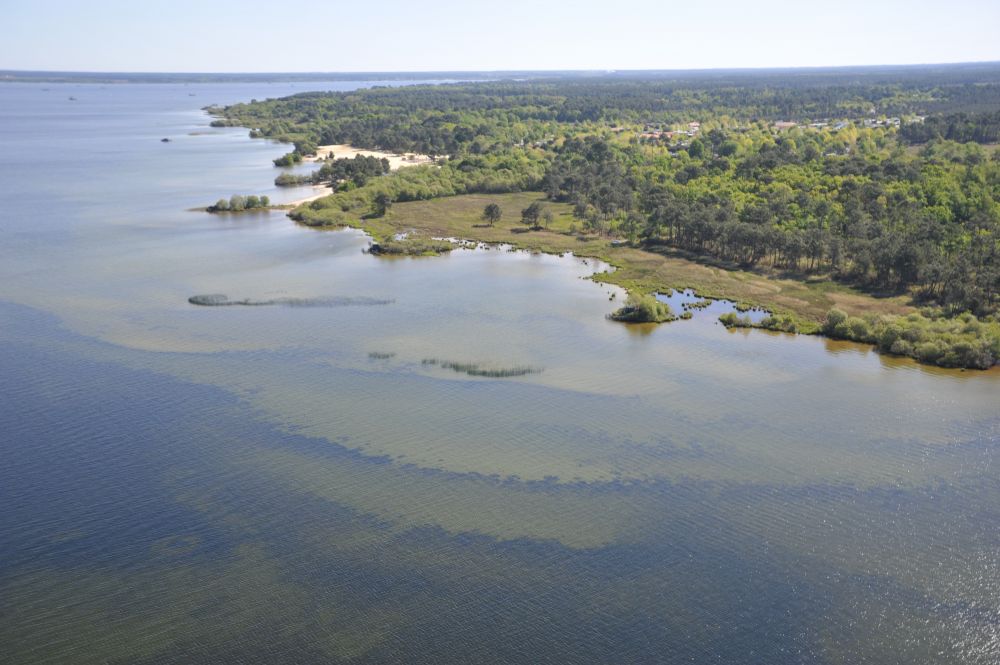 Invasiveness of exotic macrophytes species now causes acute environmental problems in lakes around the world. In recent decades, the colonization of Aquitaine lakes by Egeria densa and Lagarosiphon major tends to affect ecological functions and to disturb various human activities, with potential consequences on the regional biodiversity and economy. Hundreds of m3 are yearly harvested, but without any valorization of the plant biomasses. Aquatic plants however have increasingly been shown to provide accessible sources of natural bioactive compounds with potential industrial applications, in relation notably with the antioxidant activities of polyphenols. Such molecules have also been shown to allelopathically affect epiphytic communities, phytoplankton, other plants and herbivores to ensure the competitive success of invasive macrophytes.

In this context, the main objectives of the BECAME project are:

The BECAME project aims to bridge fundamental ecology and industrial transfer, focusing the research on particular bioactive compounds, known to both influence interactions between organisms in freshwater ecosystems, and to show significant biological activity. We hope to define new ecosystem services, by contributing to innovative biotechnologies for biomass valorisation.