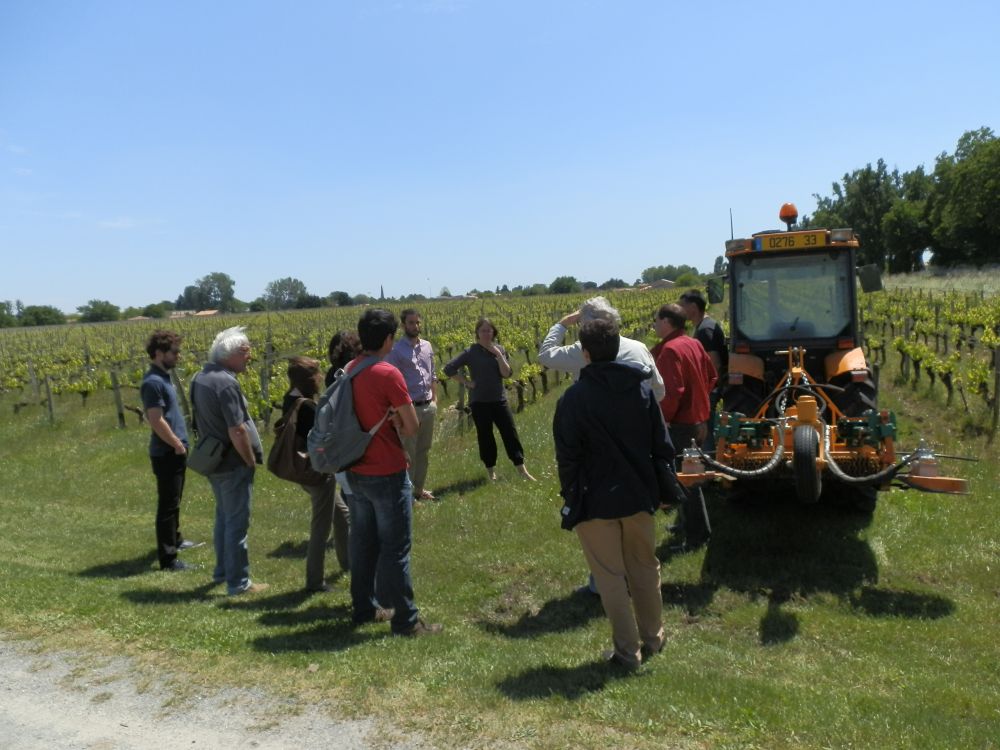 Pesticide exposure in the fields of environment, health, farming and social justice

It has taken a relatively long time for pesticide to become a subject of public debate in France. In something of a paradox, farm workers, whose practices will need to change if any kind of reduction in chemical use it to be achieved, find it very difficult to participate in that debate. Intensive farming practices and the resulting exposure risks facing workers, local residents and consumers have become ever more stigmatised, with social movements gaining greater momentum. The issue of pesticide in agriculture covers a variety of research domains, including health, the environment, and social justice. Using the services of a multi-disciplinary team, the EXPOJUST project will study farm workers’ exposure to pesticide as a case study within the wider scope of health and the environment. Often approached separately in the past, these two issues are now combined into the concept of environmental health, and linked to issues of social justice.

EXPOJUST combines an approach in sociology, which forms the scientific basis of the project (PhD), with an approach in economics (2 internships Master 2). In addition, experts will be mobilised to support the project: agronomy; action-research methodology; supported participatory initiatives; ergonomics.
The sociological approach is premised upon the hypothesis that the exposure of farm workers to pesticide-related risks is a form of environmental inequality which varies according to a worker’s social status, the sector concerned (viticulture, field crops) and the structuring of the agriculture sector, especially vis à vis pesticide controversies. This hypothesis leads us to:

i) develop a socio-historical approach to understand the structural dimension of the constitution of agriculture production models;

ii) analyse the unequal capacity of farm workers to participate in the questioning of exposure to risks;

iii) identify and support, through an action-research initiative, conditions for the empowerment of farm worker collectives in relation to risks and pesticide controversies in agriculture. The research-action dimension of EXPOJUST is aimed at empowering farm worker collectives and allowing for the emergence and consolidation of their capacity to tackle those environmental injustices with which they are confronted.

In addition, the institutionnal economics approach will analyse the institutional dynamics of different farming sectors. This will be combined with a sociological analysis of the role played by sectors in generating environmental inequality. It will provide theoretical input on the question of workers' ability to change their practices. Economic Modeling will also bring a better understanding of changing agricultural practices under uncertainty in the context of ambiguity theory. This analytical framework proposed here will be focused on the possibility of tradeoff between changing agricultural practices or not when the risk exposure have unknown consequences. It will take into account the way environemental inequalities may have an impact on the capabilities of workers and the possibility to design some fair compensation for workers.