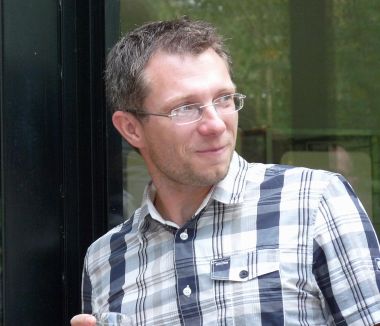 Jérémy is a research engineer in the "Aquatic Ecosystems and Global Change" (EABX) unit at Irstea Bordeaux. He leads the "Operation of Estuarial Ecosystems" team, which focuses on the ecological condition of estuaries by studying their biodiversity and the operation of their trophic networks. His tool is mathematical modelling and his target is the fish communities. Very active within LabEx COTE, he is part of the scientific exchange group and participates in the MOMBASAR research project (LabEx COTE, AAP 2013).

Jérémy studies fish that inhabit estuaries. Their diversity and the structure of their populations enable his team to assess the status of the ecological environment. "To gain a better understanding of how these ecosystems operate, the approach has been to analyse the trophic networks," explains the researcher.

His role in the team is thus to describe and model these trophic networks. "These models are designed to be as relevant as possible, depending on the issues being considered". To give a very simplified picture of his work: it is like making a flow diagram of the network in which the boxes are species, or groups of species, and the size of the box represents their relative abundance. "The arrows between the boxes represent the threat from predators, that we estimate using equations." This modelling enables a better understanding of the network's complexity, and for us to know, by calculating various parameters, if it is more or less fragile, or more or less productive.

Jérémy is part of the LabEx COTE scientific exchange group. Why did you join the group? "It's great to be able to participate in LabEx's operation and get an in-depth view of what's going on," he says enthusiastically. He is happy to devote a little of his time to creating dynamic scientific exchanges between the various labs. "The exchange group's seminars are essentially catalysts for scientific collaboration", the researcher explains.

It was in this way that the MOMBASAR project was born, the winner of LabEx COTE's 2013 call for projects, coordinated by Pierre Labadie (Epoc - LPTC - and also part of the scientific exchange group), which brings together researchers from Irstea, Epoc and Ifremer. The objective of this project is to study the impact of organic contamination (PCB [1], PFC [2]) on the way that the Gironde estuary functions as a fish nursery. For this study, they use sole as a model species, as it can spend three years in the estuary before living in the sea. The underlying question will be to know how contamination could impact its life cycle, especially its growth and reproduction.

"LabEx gave us the support of good organization, enabling us to participate without having to worry about any of the logistical aspects," explains the researcher. He especially enjoyed being able to talk to lots of different people, including children, and raising their awareness of the environment, biodiversity and science in general.