Symposium : From the deep past to the anthropocene: coupling Earth system function to climatic change.

From the deep past to the anthropocene: coupling Earth system function to climatic change - Celebrating frontier research and promoting equality

Over the last century, a positive trend in air temperature has been observed at the Earth's surface. The Intergovernmental Panel on Climate Change (IPCC) estimates that the last century was the warmest of the past millennium. One of the main drivers of this trend has been the dramatic rise in atmospheric greenhouse gas concentrations. Attempts to predict how such global changes will affect the biodiversity, functioning and productivity of terrestrial and aquatic ecosystems in the future still remain elusive. This is partially because it is a challenge to work across the many disciplines and temporal and spatial scales required to understand the many feedbacks that are in place within the Earth system. The objective of this symposium is to bring together a range of interdisciplinary, Earth system researchers based in Europe advancing frontier research within their discipline and present the state-of-the-art in our understanding of how climate change has affected the function of the atmosphere, biosphere and hydrosphere in the past and how it is being forecast to function in the 'Anthropocene'. In addition to showcasing the exceptional advances underway across laboratories in Europe the symposium will also provide an opportunity to foster discussion around the subject of gender balance in science in general and in Earth sciences in particular. 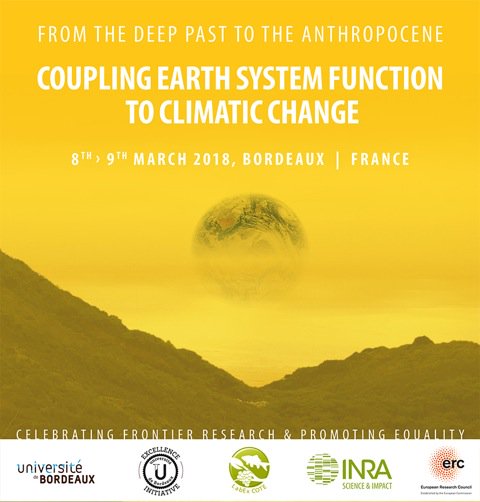