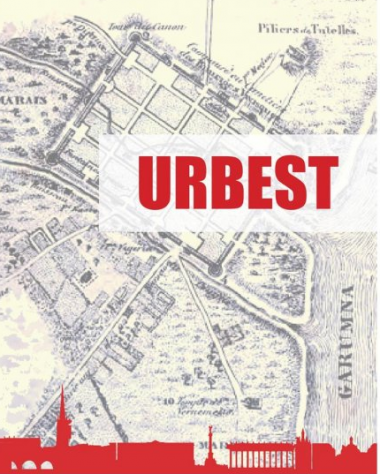 The aim of the URBEST research project is to examine growing adaptive governance in estuarine cities, in a context of continuing global change. The URBEST project will aim to identify the extent to which the arrival of climate change adaptation on the agenda of estuarine cities leads to a paradigm shift in urban, land-use planning, environmental, and risk governance policies.

Many major cities are located on estuaries, including ten of the largest in Western Europe. Estuarine and coastal areas are at risk both from changes to the impacts of climate change and from the anthropogenic effects of metropolisation. This calls for extensive adaptation governance to preserve the ecological services provided by the interaction between cities and estuaries, and to protect against flooding, low flow, biodiversity degradation and other extreme events. New “borderless” adaptive governance is especially suited to the wide range of multi-scale interdependencies affecting estuarine areas. Climate change adaptation needs a new, more future-oriented approach to crafting cities and territories. URBEST will aim to examine the on-going governance of territorial, cognitive and political interdependencies adopted by estuarine cities faced with the issues of climate and global change. This shift from examining urban estuaries to studying estuarine cities is motivated by i) recent laws in France reinforcing the political influence of cities over territories situated outside their limits, and ii) a re-emergence of the urban-rural divide in matters relating to environmental and climate change

URBEST will approach the issue from three theoretical perspectives: i) analysing territorial geopolitical reconfiguration linked to climate change multilevel governance, ii) analysing the various forms of “visibilisation” of climate change as a public problem, iii) analysing in the various “sphere of regulation”, actors strategies and tensions between discreet compromise and publicity. A number of empirical studies, (sociology PHD and internships in the fields of economics, ecology (2) and hydrogeology), will examine climate change governance in the “Bordeaux Métropole” area, as well as the outlying peri-urban, rural, and estuarine areas (specifically the Gironde Estuary). Three case studies will be carried out: i) governance of flood and submersion risks in Gironde estuary, ii) governance of estuarine biodiversity by Bordeaux Métropole, and iii) drinking water governance in Bordeaux Métropole by 2030 URBEST will be the first step in a larger international project set to begin in 2016, focusing on estuarine cities worldwide. (Partnership Labex COTE, Idex Bordeaux, Euzcampus Bilbao, LAVALINRS Québec City)