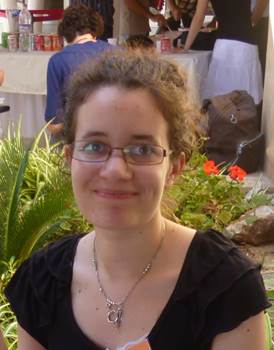 Bioinformatic Studies Engineer, Christelle Aluome joined the LabEx COTE project in November 2013 in the context of the creation of the chair of integrative ecology.  Her objective is to set up a platform that brings together all the data gathered by LabEx's partner units. A task that requires a great deal of organization!

Christelle became interested in data processing while doing her degree in biology.  This attraction developed and she joined the Bioinformatics Masters course at University of Bordeaux 1. After an internship at Cirad (Centre of international co-operation in agricultural research for development), she was taken on for a fourteen month assignment at the INRA in Orléans relating to the TreePop database. She then moved away from database management and became involved in the production of genotyping microchips at the Inra in Evry for three years before returning to Bordeaux and databases at LabEx COTE.

Her task is considerable, consisting of the bringing together and organization of LabEx's partner units' databases so that every researcher in the project has access to all of the data gathered. "Most laboratories already use databases. The issue is to structure them and to enable them to communicate with each other, even though they may be hosted in different systems!" Christelle thus has to incorporate these databases into a single platform that is easy to access and organized so that each researcher can find what they are looking for: proportions of heavy metals in water samples, meteorological reports, pH measurements… LabEx's multidisciplinary nature results in the accumulation of widely varying types of data. A meticulous sorting task, without changing the data, therefore awaits Christelle, with a view to constructing a well-articulated structure for the platform.

Christelle will work in collaboration with Jean-Paul Soularue, another engineer who has recently been recruited for the project. Jean-Paul will use the data managed by the bioinformatics engineer, among other things, to develop a digital simulation tool that takes into account the various ecosystems that are studied at LabEx COTE.